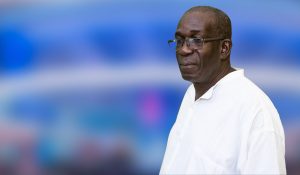 Marcellus  is among the few radio personalities who can be called “veteran”, after 29 years behind the microphone.